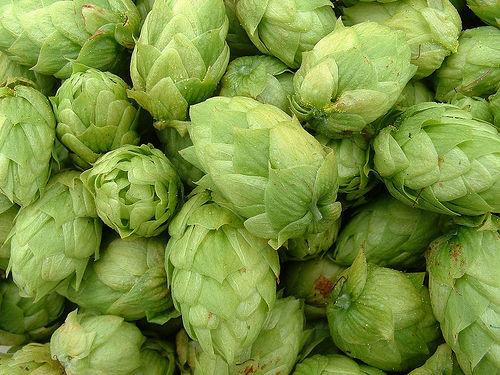 Nugget Hops was released in 1982 by the U.S.D.A and is a cross between Brewers Gold and a high alpha acid male. Nugget Hops is the mother of Millenium Hops and ranks second for the amount grown Oregon and by 1991 had taken over 14.1% of U.S. hop production. Wow.

Nugget Hops has an acute bitterness from its 9.5%-14.0% alpha acid content. It provides the umph in many beer styles that require the hop jolt including imperial style ales. Its a dual use hops that has green, herbal aroma. It has a relatively low co-humulone oil content. The myrcene oil is on the high side, which helps provide some of the woody tones.